It was once a niche sport for the hardy who squeezed into wetsuits to swim whatever the weather (Julia Horton writes).

Now loch managers in Scotland are preparing for thousands of open-water swimmers to take part in a series of events.

The surge in open-water swimming has been linked to the popularity of events including the Great Scottish Swim (GSS), which is expecting 3,000 swimmers at Loch Lomond next month.

The Loch Lomond and the Trossachs National Park authority said that it expected a record number of people to take the plunge in its 22 lochs this summer. Increasing numbers are swimming the entire 21 miles of its most famous loch. Mairi Bell, park head of visitor experience who swam in the GSS last year, said: “It’s a great way to see Loch Lomond. You’re literally immersing yourself in the scenery.”

Open-water clubs are reporting record memberships for a sport that already has its own superstars. Keri-Anne Payne, from Edinburgh, who won silver in the 2008 Beijing Olympics 10km open water marathon, is taking part in an elite one-mile swim at the GSS next month.

Alex Jackson, director of the event, said: “Loch Lomond is such an iconic background which attracts a lot of people. The event has grown in popularity and there are only a few places left for the new 10km swim.”

Robert Hamilton, a former Olympic swimming coach, had six customers when he set up Vigour Events five years ago offering open-water sessions at Bardowie Loch near Milngavie. This year nearly 1,700 people have given it a go.

He said: “Most people who come are trying open-water swimming for the first time. Swimming the length of a loch is increasingly popular.”

Last year also saw Scotland’s first swimrun — a Swedish version of island-hopping — with around 100 competitors running and swimming across five lochs in the Loch Gu Loch event. Another swimrun event is due to take place in the Hebrides this year.

Introductory sessions by Scottish Swimming, the national swimming agency, for beginners held over the past year have sold out.

Linda Jordinson, a mother of four children from Aberdeen, is now planning to swim the Channel between England and France in 2019 after trying a taster session last summer. The marketing officer, 47, recalled: “It was scary standing in the mud, and the water was cold even with a wetsuit but when the coach said she’d swum the Channel I said I’d really like to do that too. I just love being in the water, even in Scotland. It’s good for the soul.” 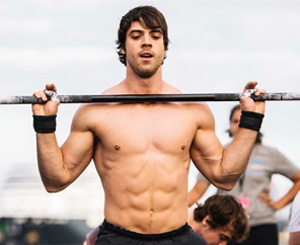 Jim is a certified CrossFit coach and fitness enthusiast. He writes about everything that might help others become stronger, healthier and happier. You are always welcome to ask Jim any questions you might have here. 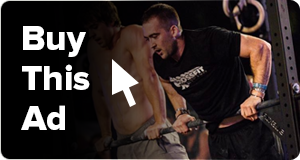 5 Active Jobs to Keep You on Your Feet and Away from a Desk https://justupit.com/5-active-jobs-to-keep-you-on-your-feet-and-away-from-a-desk/

How to Stop Mental Health Issues from Taking Over Your Life https://justupit.com/how-to-stop-mental-health-issues-from-taking-over-your-life/

What Should the Ideal Workplace First Aid Kit Consist Of? https://justupit.com/what-should-the-ideal-workplace-first-aid-kit-consist-of/

3 Ways to Keep Your Skin Healthy and Happy https://justupit.com/3-ways-to-keep-your-skin-healthy-and-happy/ 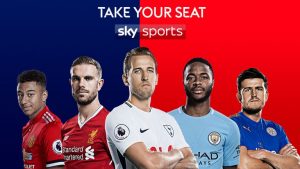